From Proof Of Concept To Process Development 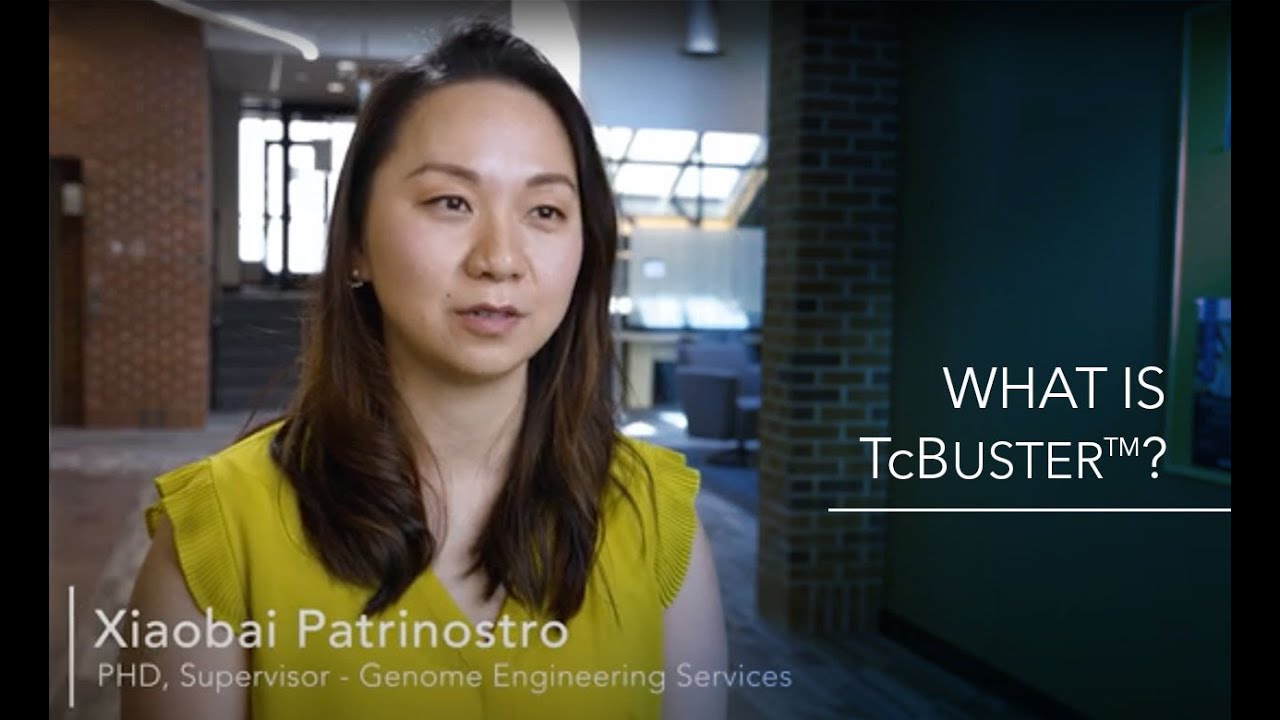 Watch this video to hear from our experts about gene engineering with TcBuster.

Realize the potential of gene engineering by using TcBuster to deliver your genes of interest. Gene editing is a powerful tool for fine tuning cell phenotype in immune cell and regenerative medicine therapies, and it can augment therapeutic effectiveness by increasing cell potency and persistence in vivo.

Inquire About TcBuster for Gene Engineering

Why Use TcBuster For Gene Engineering?

TcBuster is a non-viral transposon system that enables stable gene transfer into mammalian cells. It supports the rapid generation of transgenic cells and is a valuable tool for both proof-of-concept and manufacturing scale process development. Gene editing with TcBuster has widespread applications including: 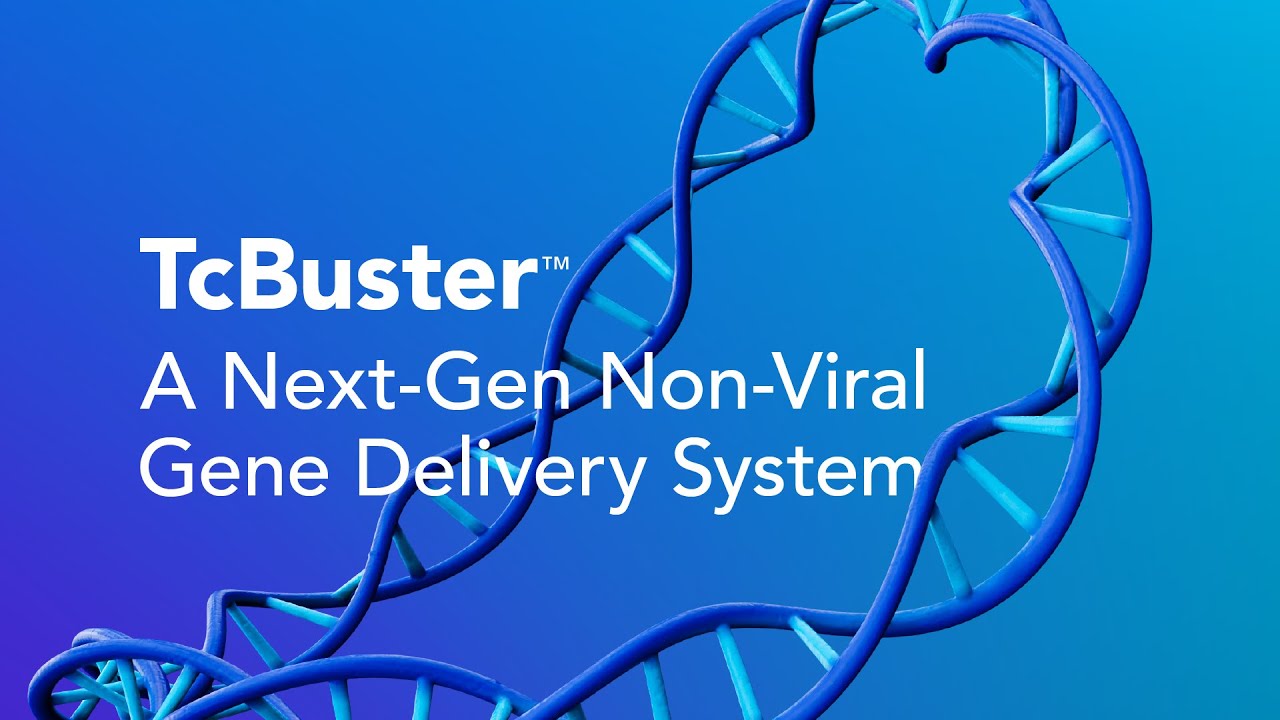 Overview of the TcBuster Transposon Mechanism

TcBuster is a large capacity transposon system that enables transfer and stable integration of genes of interest (GOI). TcBuster can replace the use of retroviral and lentiviral vectors, leading to significant time savings during the development of cell therapeutics.

Comparison of TcBuster and Virus-Based Systems

Sidestep the hurdles of gene engineering with lentivirus systems by using a non-viral method. The use of TcBuster avoids common viral method challenges including low transduction efficiency, inconsistent reagent availability, and an insecure supply chain for GMP-grade virus.

Virus-based gene delivery (e.g. with lentivirus or AAV) involves packaging of the GOI into the viral vector followed by transduction of target cells. TcBuster transposons can be quickly generated and electroporated into target cells. As shown in the graphic below, TcBuster protocols eliminate the lengthy step for viral vector packaging.

Enhance your cell engineering process with TcBuster and

Steps In Partnering With Us

Realize the potential of gene engineering efficiently by partnering with our expert team. Whether you are new to the technique or represent a gene engineering core group with limited bandwidth, we will provide the same level of responsive partnership and customer service. We will connect scientist-to-scientist and walk through the entire project with you.

What to expect throughout the project

This new article in Cell & Gene Therapy Insights discusses the transposon-based TcBuster platform and its competitive advantages in cell and gene therapy.

Bio-Techne believes in the power of partnerships. We have joined with Fresenius Kabi and Wilson Wolf to bring you ScaleReady™, lowering the barriers to entry into the immune cell therapy space for all sizes and stages of manufacturing programs. ScaleReady brings cell and gene therapies to life by offering a significant reduction of complexity and cost while consistently providing superior repeatability and cell quality.

Partner with ScaleReady for TcBuster applications in immune cell therapy. For other applications of TcBuster, contact a gene engineering expert at Bio-Techne.

This eBook provides an overview of several biological and manufacturing challenges facing the development and production of T cell therapies. It follows with examples of how Bio-Techne products and services can address these challenges at each stage of the process.


Can transposons or lentivirus be used for in vivo gene delivery?

Theoretically transposons can be used for in vivo delivery and is an active area of research in the field. Current delivery mechanisms don’t allow for efficient enough transfer and editing efficiency.

What is DNA toxicity from a transposase or virus?

Foreign DNA from the transposon can activate intracellular DNA sensing mechanisms and trigger apoptosis. The toxicity can be managed with specific cell handling techniques during transfection. One reason for delivering the transposase as mRNA is to avoid triggering these responses.

Why are transposons delivered as DNA or RNA instead of as protein?

The transposon must be delivered as a DNA template as this will be directly inserted into the genome. The transposase is delivered as mRNA to prevent any possible random integration of the enzyme and decrease DNA mediated toxicity. Transposases are difficult to manufacture as purified protein in high enough concentrations for transfection due to their relatively insoluble nature.

Gene transfer is considered stable if the DNA is integrated into the cellular genome. Once incorporated, we have not observed any issues with silencing or loss of expression. In transformed cell lines we routinely use a selection cassette as part of the transposon to allow for re-selection of the cells if necessary. In T cells we have performed repeated stimulations of transposed cells and do not observe loss of transgene expression over time.

Multicistronic vectors can be used with viruses, although due to packaging limitations in viruses the yield and titer of the virus are often negatively impacted when delivering multiple genes. Transposons can move larger cargo and are therefore better suited to multicistronic vectors.

TcBuster-M has been engineered to have increased enzymatic activity over the wildtype version of the enzyme. This increases the efficiency of gene transfer to rates that are equal to or better than alternate gene engineering systems.

Why is gene transposition into T cells more efficient on resting cells than activated cells?

Do T cells have to be pre-activated for transposition to work?

No, TcBuster-M can work with both resting or pre-activated T cells.

Why doesn’t random insertion have a greater chance of disrupting important gene transcription?

The gene insertion profile of TcBuster-M has been studied and has been found to be more random than that of lentivirus. While viruses do “randomly” integrate they preferentially insert into more active regions, i.e gene-coding regions. TcBuster-M and transposons in general are more random in their insertional profile decreasing the likelihood of disrupting gene transcription as there is less coding genome than non-coding.

TcB-M can consistently integrate a single CAR into primary CD4+/CD8+ T-cells with an efficiency of 50-70% depending on the exact construct. As construct size and complexity increase, the transposition rates do tend to decline modestly. Transposition of multicistronic vectors encoding either 3 or 4 transgenes have achieved rates from 25-40%.

What other applications can Tc-Buster be used for?

TcBuster-M can be used in cell therapy for gene modification of T cells, NK cells, and iPSCs. In addition, it can be used to generate stable producer cell lines for either antibody or protein production, and it is used to over express genes in cell lines for drug discovery or screening purposes.

Video Transcription: Hear From Our Scientists - What Is TcBuster?


TcBuster is our proprietary transpose transposon genome engineering technology. Transposons are a virus-free way to over-express a particular protein in a cell line. Like the other systems it's a cut-and-paste transposon so you deliver your gene of interest (GOI) within a plasmid that's flanked by sequences that TcBuster recognizes. It cuts out your GOI and randomly inserts it into the genome. TcBuster is a virus-free way to overexpress pretty much any protein of interest in a cell.


Genome engineering unleashes new abilities to alter cells and advanced cell therapies. But even the most cutting-edge tools such as CRISPR-Cas9 and lentivirus have their limitations. To realize the full power of genome engineering, Bio-Techne developed a non-viral transposon gene delivery system, called TcBuster. Here's how it works. The TcBuster system consists of a plasmid containing the cargo sequence flanked on each side by inverted tandem repeats (ITRs), plus mRNA encoding the TcBuster transposase. Both components are delivered into the cells using standard transfection. Once inside the cell, the expressed transposase binds the ITRs, cuts out your sequence, and inserts it safely and randomly into the host genome. Whether you are generating cell lines, reprogramming iPSCs, or creating the next breakthrough CAR therapies, with TcBuster you can eliminate high cost, mutagenic potential, and cargo size constraints of virus-based methods for faster, more complex and potentially safer gene delivery. To benefit scientists everywhere from research to commercial scale, TcBuster is non-exclusively licensed. Learn how TcBuster can work for you by completing a project request form, and our team will contact you.

Tell us about your project, and one of our experts will contact you to discuss how we can help.