Switch from iCE3 to Maurice

Supporting you through the transition

The iCE platform by ProteinSimple, a Bio-Techne brand, has been simplifying the analysis of protein charge heterogeneity for more than 20 years and will continue to do so. The iCE280 was introduced in 1999 and soon became the gold standard for capillary isoelectric focusing (cIEF). The iCE3 was introduced in 2012 and included multiple enhancements and raised the bar further.  The iCE has since been used in the development of more than 100 commercial biologics that have improved the quality of life for thousands of patients.

Although the sale of iCE3 is being discontinued on June 30, 2022, it will be supported for another 7 years until June 30, 2029. Its successor, Maurice, introduced in 2016, is all set to take care of your molecule’s charge profile analysis. Maurice does everything that your iCE3 does, only faster and easier.

Companies like Pfizer, Genentech, AstraZeneca, Fujifilm and many others have already embraced Maurice, and so can you. Read on to learn more about why making such a switch would benefit you.

Powered by the same gold-standard iCE technology, Maurice gives you accurate and reproducible information on your protein charge isoforms.

It also makes life easier for you in the following ways:

Maurice is a plug and play system - you only need to load your samples and let the instrument do the rest. No tedious cartridge installing, no manual clean-up. See how Maurice compares with iCE3 on experiment run times and ease-of-use.

Only interested in icIEF for now? Maurice C. gives you protein charge characterization at a lower price-point. For both icIEF and CE-SDS capabilities, check out Maurice. Budget-minded or interested only in CE-SDS? Our low-cost Maurice S. is for you. If you change your mind later and want to add additional capabilities, we have the option to upgrade your Maurice C. or Maurice S. 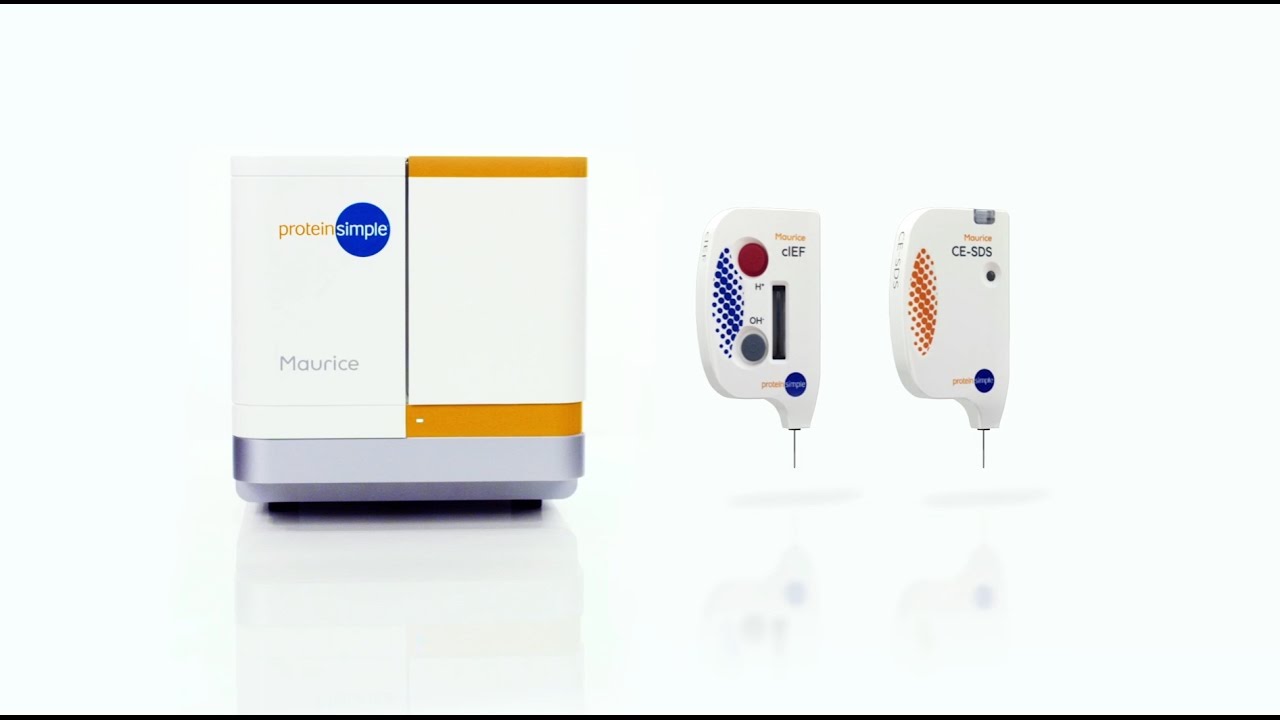 Watch our in-depth demo on how Maurice works. Maurice gives you reproducible, quantitative analysis of identity, purity, and heterogeneity profiles for your biopharmaceuticals. You'll get IgG purity data in 35 minutes and charge heterogeneity in 10 minutes flat. How's that for fast? And when you want to switch between applications, just change the cartridge—it's that simple. Because all the fluid paths are separate, there's no cross-contamination either.

Data Comparability between Maurice and iCE3

Since Maurice was introduced, there have been a number of studies done showing data comparability to iCE3, giving you assurance that you’ll get the same high-quality icIEF data you’ve come to expect. There’s more to come on the comparability between iCE3 and Maurice. Stay tuned!

Features key findings from a study that analyzed a monoclonal antibody and fusion protein on iCE3 and Maurice across 21 different sites globally.

This study demonstrates data comparability between iCE3 and Maurice with three different types of biotherapeutics.

A short document that details the benefits you’ll get with Maurice over iCE3.

We’re here with you on every step of your transition. Contact us to learn more.